I’d like to say this photo was a candid shot of unconditional love experienced by my 8 year old son and our 4 year old Golden.  Well….that’s half true!  Although during this snuggle fest on our bed, my son whispered to me “take my picture” so it wasn’t exactly candid!  But both my sons adore our dogs and that is such a blessing.  But what did I expect?

I was born into a family of dog lovers.  My dad always joked that he wanted to come back as the “Murphy dog” because they were all so spoiled and loved.  And the ironic thing is that my family seemed unable to express their love for each other, but never shied away from kissing and hugging our dogs and saying “I love you!” as long as the recipient of the declaration was canine.

Last year was a hard year for my family.  After losing my mom’s rescue dog, two weeks later we lost my dad.  But the two events couldn’t be more different.  My dad had suffered for years in an assisted living facility dedicated to patients with severe dementia.  He had multiple strokes and was in a wheelchair, unable to eat solid food for a long time.  My mother visited him and sat with him for years; sometimes you felt there was some recognition, other times you knew there wasn’t.  Quite an emotional roller coaster for all of us.  My children were fearful at times walking into the home as dementia patients would come try to hold their hand and talk to them.  But they were troopers and we all learned that just being there could mean a lot to other patients who never saw friends or family.  Since my parents retired to South Florida, my mom and friends were close by, but us kids (and grandkids) didn’t get to visit as often as we’d like.

In the end his passing was a blessing.  People always say that and you think it sounds awful, right?  But it was true.  After having to put two of my beloved dogs to sleep in the past, I know how excruciating that process is.  And I can’t tell you how many times my family talked about the fact that we treat our animals with more respect than our human family members.

This photo is one we chose for my dad’s memorial. 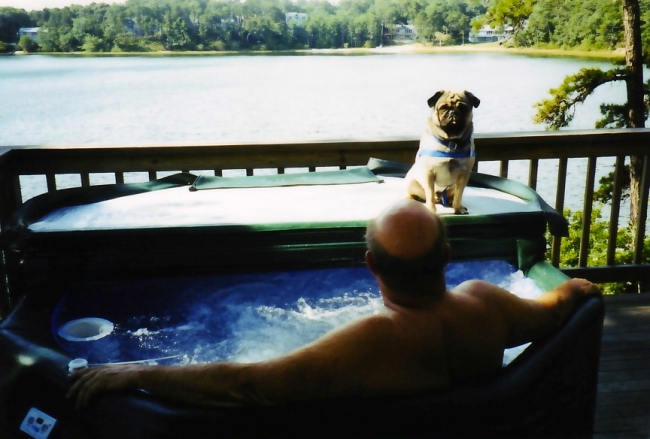 We had to have a picture with his favorite child – Jessie the pug 🙂  After raising three independent girls, Jessie was truly the boy he never had!

And as for my mom, well she’s doing remarkably well.  She’s 84 (she doesn’t use “the internet” so won’t be upset with me for mentioning her age!) and has a new baby that she’s just nuts about.  Casper, a rescue Maltese. 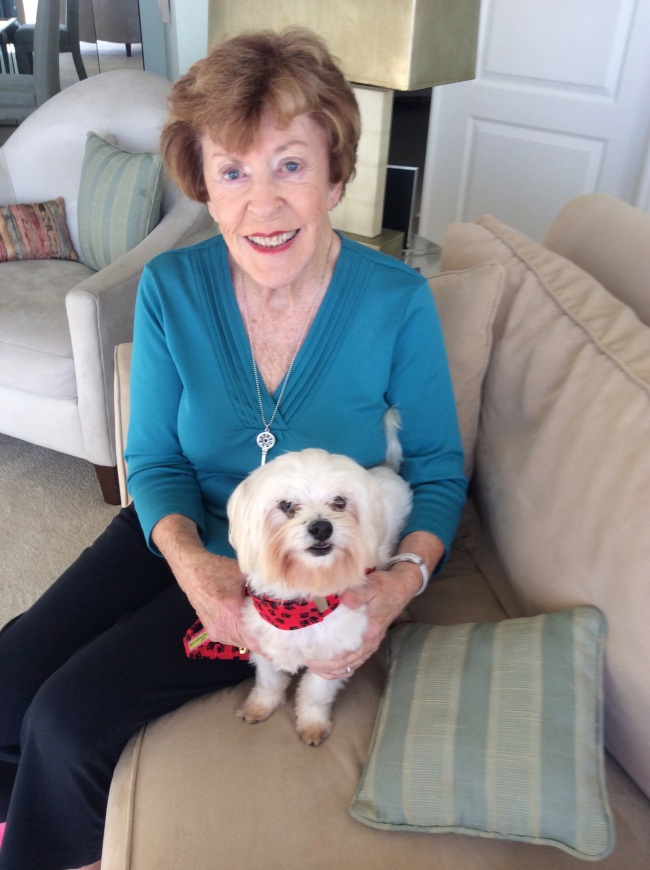 So the cycle continues – all of us Murphys and now Coiles are true crazy animal people.  It’s in our genes.  And I wouldn’t have it any other way 🙂

On my recent visit with my father who has been residing in a dementia specialty nursing home for several years, I realized that often we are kinder to our animals than to people. Although he is not in much physical pain, his quality of life is pretty much gone. I know that sounds harsh, but it’s true. Seeing men and women who can no longer hold a conversation, recognize loved ones or eat solid food is depressing, to say the least. So I should be glad that he and others don’t know what is going on around them.  At times pet therapy does seem to help, and it is wonderful to see some sparks of recognition from other patients when dogs are brought in for visits.

I’m thankful that we never let our animals suffer in the same way. I have had to make the most difficult decision in my life twice – to put down my beloved Cato, and then 2 years later Solo Mio – and both times, as sad as it was, it was also a relief. I knew I was doing what was best for my dogs. It was my selfishness that told me to keep them alive, but my heart and mind (with the help of my husband) eventually won out and we knew the right thing to do.

It seems ironic that we would treat our human family members worse than we treat our pets. I don’t know the solution, but I know how difficult it is emotionally and financially to treat dementia and other Alzheimer’s-like diseases (most dementia care is NOT covered by Medicare until you need full-blown hospital type care).  I remember hearing Nancy Reagan describe Alzheimer’s as “the long goodbye” and now I know why.